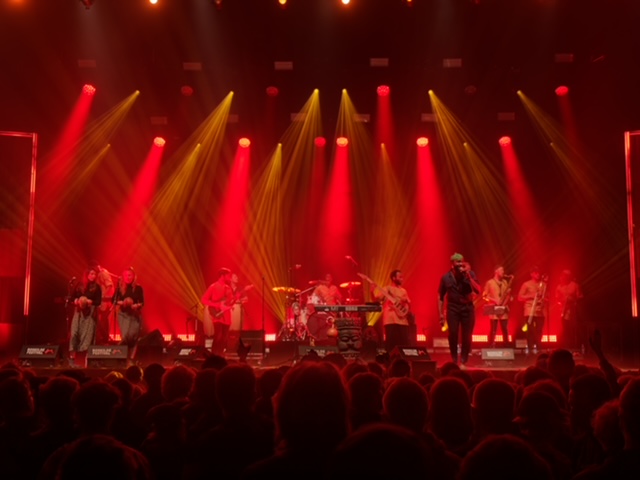 Over the last several years, We Are Busy Bodies has emerged as a globetrotting, genre-melding record label with a diverse global release schedule. It has carved out a niche specializing in, and bolstering experimental and global diverse genres including South African and Japanese jazz, Zimbabwean sungara, and Thai phin music . The company has forged relationships all over the world and in the process, identified an opportunity to bring some incredible acts to North America that may have not otherwise had the opportunity.

“We want to champion music that we love, help tell stories and introduce audiences to music that has cultural significance, personal impact, is thought provoking, and creates conversation,” states company President and founder Eric Warner. “Considering our years of experience as a concert and festival promoter, and booking tours, it just made sense for us to expand. We are proud to be entrusted to represent a diverse mix of artists with impactful music and important messages. I am grateful for the incredible network of artists and community we’ve forged.”

The majority of WABB’s booking roster will begin touring in North America in 2023. More information will be announced when available. In the meantime, on the label side, WABB label is readying a myriad of releases for 2023, including an ambitious music, languages, and culture project in partnership with a number of educational institutions that explores storytelling that has been documented through generations and captured in early recorded formats.

With artists from Canada, United States, Venezuela, and South Africa – We Are Busy Bodies was founded by concert and festival promoter Eric Warner in 2005. Originally started to release Warner’s own music – the label quickly became a springboard for artists he worked with including METZ, Doldrums, The DeathSet and others. After a brief hiatus, the label was rebooted in 2019, quickly issued over 80 releases since then and has included a range of new releases and reissues across genres. The releases have included seminal South African jazz releases by Winston ‘Mankunku’ Ngozi, The Drive, Kippie Moketsi and Philip Tabane, sought after funk/soul of the Eboni Band and Vis-A-Vis, as well as new releases by New Age Doom and Lee “Scratch” Perry, Electric Looking Glass, BLK JKS, Peace Flag Ensemble and many others. We Are Busy Bodies management’s roster currently includes Tumi Mogorosi, Malcolm Jiyane, Rich Aucoin, Limblifter, and Wide Mouth Mason.

We Are Busy Bodies Booking Roster:

Limblifter (Canada, We Are Busy Bodies)