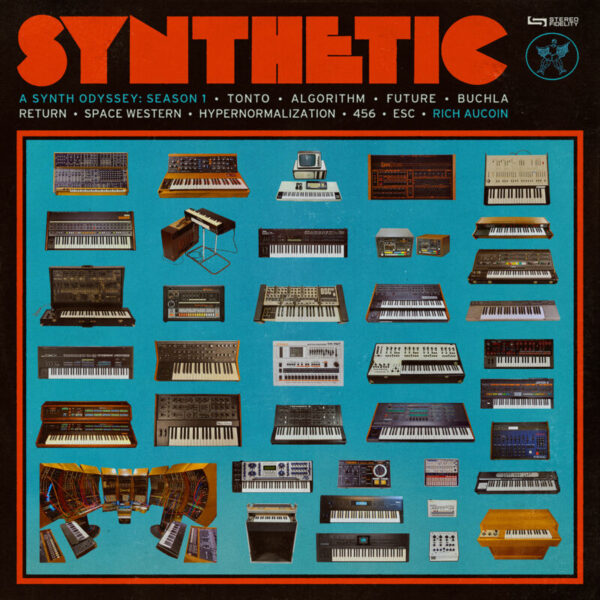 The first album, Synthetic Season One is out October 19, 2022. It began at The National Music Centre in Calgary, Alberta in March 2020, which houses one of the world’s most extensive collections of rare and historic synthesizers. There, Aucoin was doing the Artist In Residence program and recorded 51 synthesizers to begin the project.

The project was paused with the start of the pandemic and Aucoin shifted back into film scoring and worked on the critically-acclaimed and short-listed New Yorker – Films of the Year documentary, No Ordinary Man, about the trans-masculine jazz musician Billy Tipton. “I didn’t want that initial period of the pandemic to influence these songs which were already far along at the start of the lockdowns so I waited until the vaccines were announced before continuing with the work on this record. I was lucky to get the scoring gig for No Ordinary Man as it made real-world deadlines at a time when my life didn’t have much structure without touring. Scoring is something I also would like to do more of so I was happy to be given the opportunity again.” This record is a good demonstration of Aucoin’s scoring potential as well as it’s a quadruple instrumental album; a huge contrast to United States, Aucoin’s previous, and most vocal-heavy album to date. “Lyrics just take me so long to write that I just want to take a couple years to make other kinds of albums before going back to lyrical music as I can write instrumental music much faster.”

This first full-length features Aucoin as the solo musician playing some 37 synthesizers including: Arp 2600s, the Supertramp owned Elka Rhapsody 610 String Machine, Formanta Polivoks, Novatron T550, Oxford Synthesizer Company Oscar, Selmer Clavioline CM 8 and the legendary TONTO which the first release off the record was made on.